One element of a multi-year collaboration with the Italian fashion house that resulted in new locations across the U.S. — including at Long Island’s Americana Manhasset — the design of this 20,000-square-foot, bi-level flagship on Manhattan’s Fifth Avenue inaugurated a new generation of stateside Salvatore Ferragamo stores. The flagship seamlessly melds two existing retail spaces across a pair of prominent buildings, creating a singularly grand Ferragamo environment. Containing men’s and women’s collections, state-of-the-art fitting rooms, a custom-footwear atelier and a gallery, the space draws customers in with enticing views down its bays and such dramatic features as a wood, stone and glass staircase that wraps a monolithic stone column. This terminates in a bridge connecting the store’s east and west sides, leading to the men’s footwear salon in a glass-enclosed aerie overlooking Fifth Avenue. 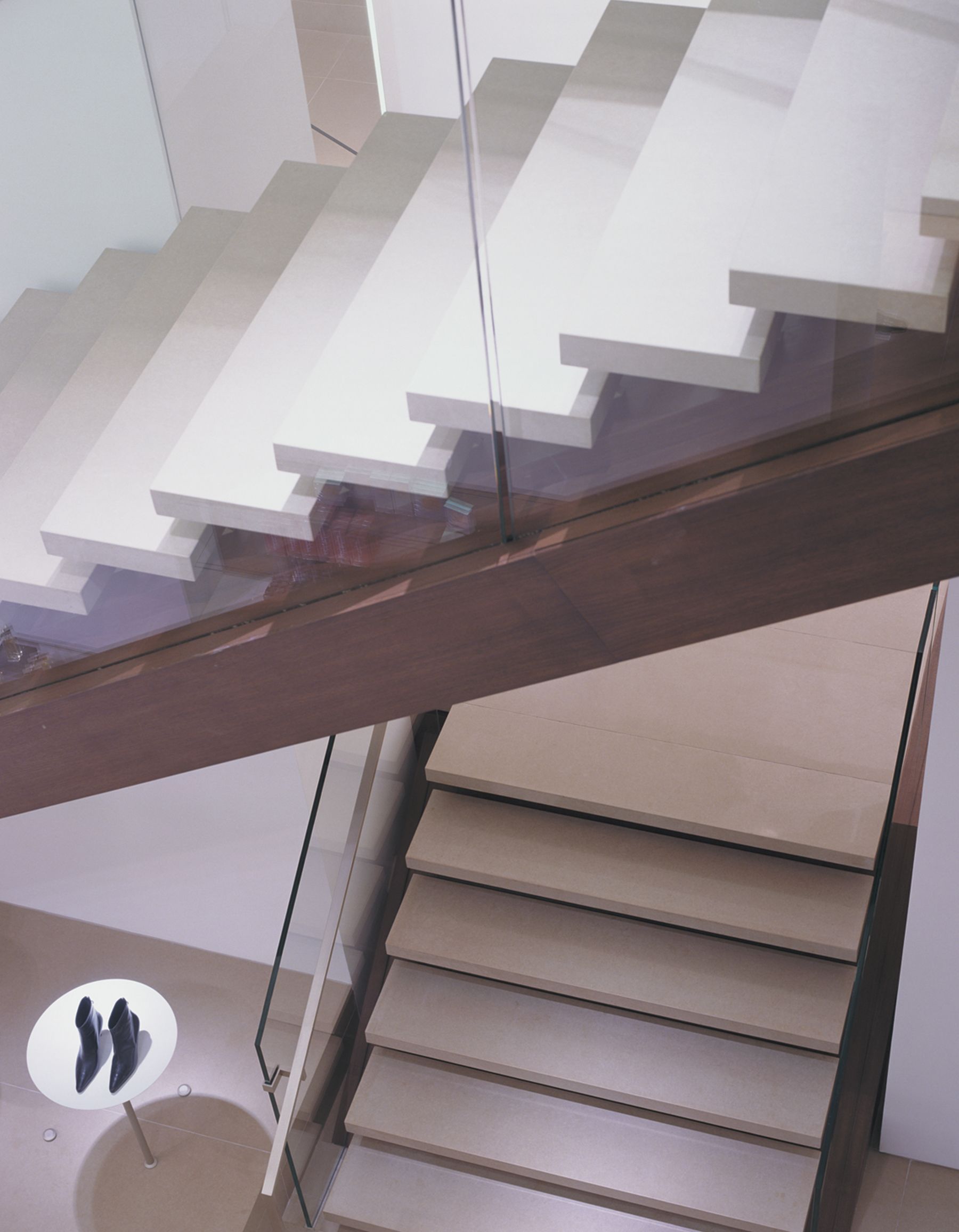 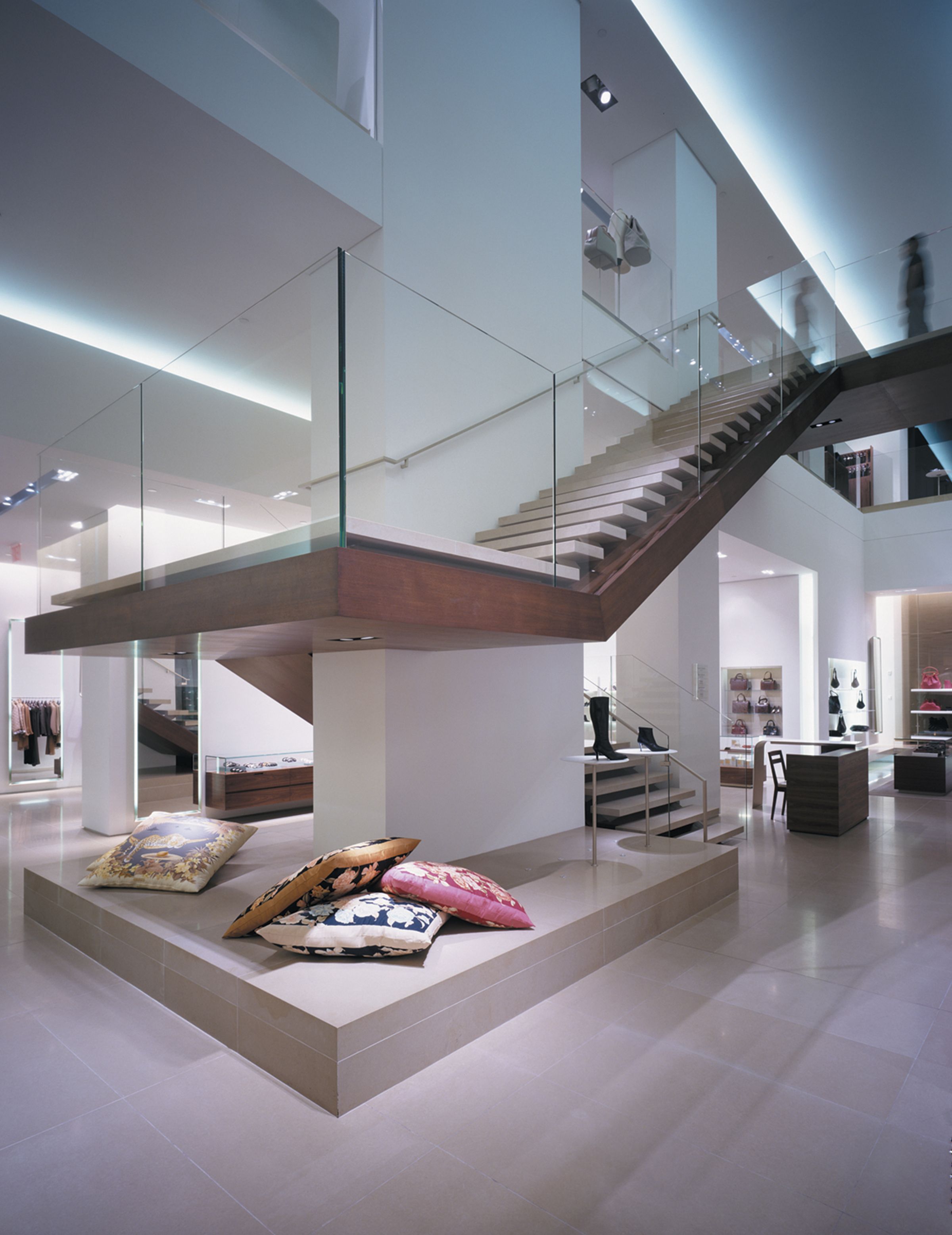 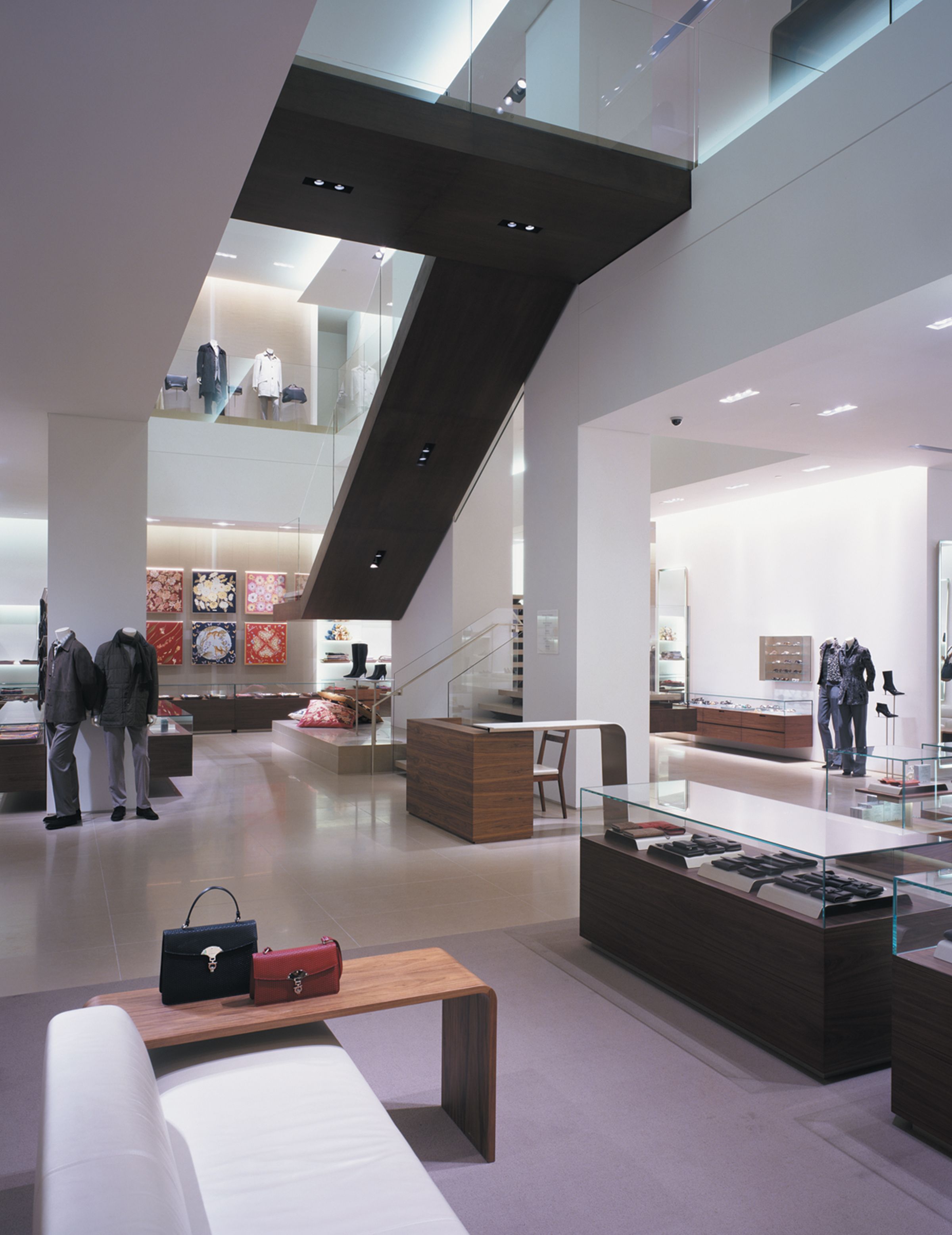 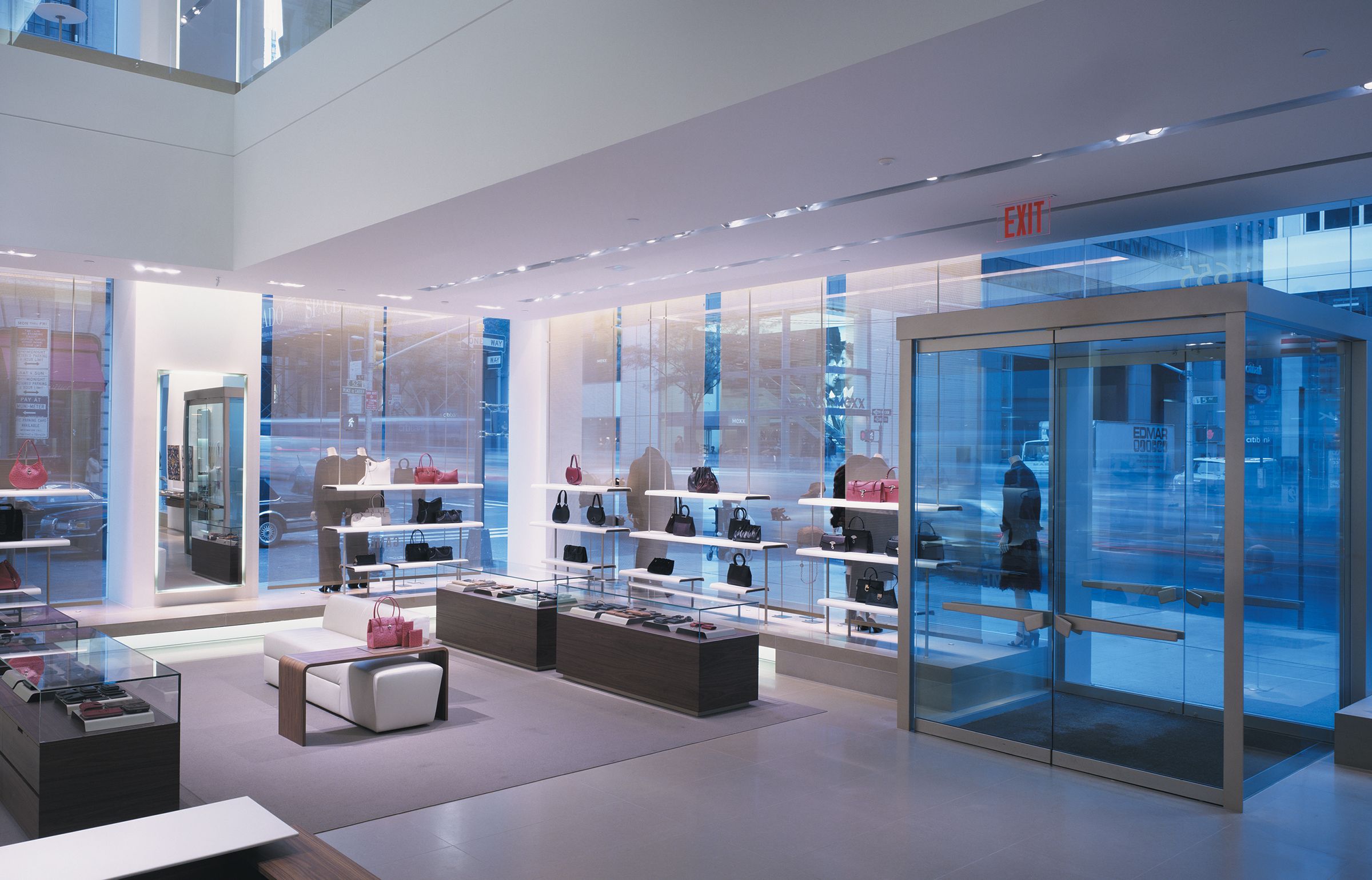 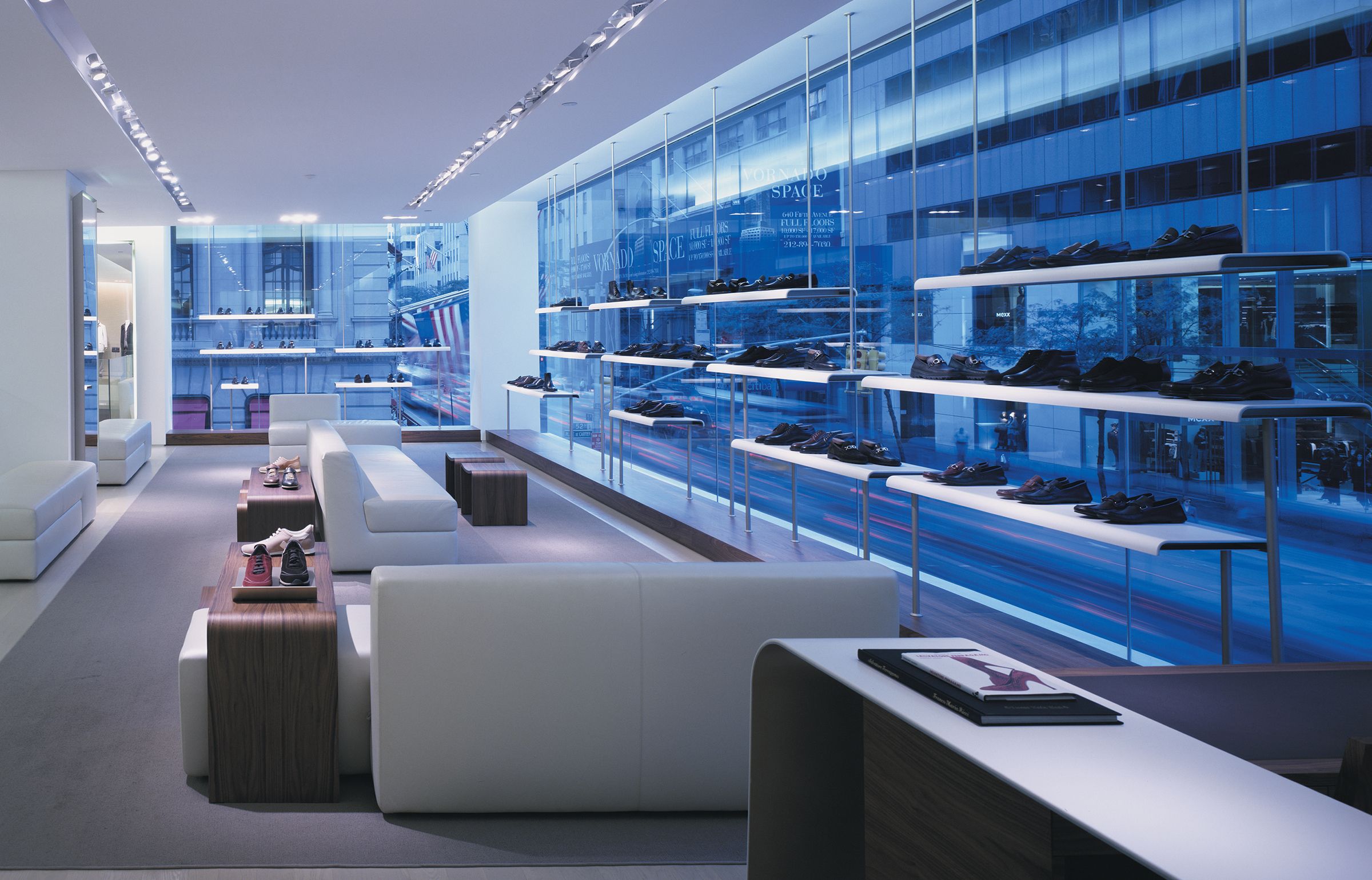